World Cup - Who's your team? 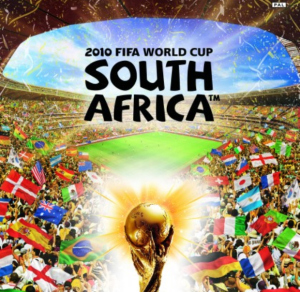 Well its well under way now and I'm sure most people are relishing a month of football.
Like many football fans, the choice of teams that I will be backing at this summer’s World Cup is somewhat limited. Despite years of hiding behind the sofa as we get knocked out by penalties (again, and again) I will always back England to lift the trophy in July. There are those, however, for whom this choice is not a forgone conclusion. This may be because you’ve become so disillusioned with England’s track record that you have decided to become a Brazilian national. Or it may well be that you have an innate desire to back the underdog (in which case you'll probably support England anyway).

If you are undecided as to which team you would like to see win this years tournament then you may be interested in a new website by the World Development Movement. In a bid to raise awareness of social issues this site rates teams based on their country’s treatment of human rights. Rather than back a team because you think they have great players it might be worth giving this site a glance and backing a side who have taken a strong lead in upholding civil liberties (even if not the Jules Rimet Trophy in July).
The website can be found here:
I must also confess I'll be backing Ivory Coast (4th in the social justice ratings) as my second team this year having picked them out in the Office sweepstake! I think that they will have a great chance if they get through the "group of death". If they get through the group stage after facing Brazil and Portugal, I'm predicting a semi-final place for them.
As for predicting the winner well I'm backing our lads of course with Joe Hart earning player of the tournament... c'mon England!