West Coast Main Line: Change the rules to include past performance before re-run 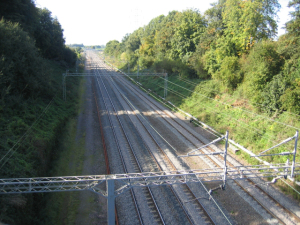 In my 15 years as a Councillor and MP, there is one golden rule. Councillors , MP's and Ministers don't get involved in the details of the awarding of contracts. They don't check the maths. They don't ask if inflation or VAT is included. They set the criteria, presume the Civic Servants know what they are doing, and then ratify the decision.

So it is very disappointing that the Government are having to re-run this decision following mistakes made by civil servants, mistakes which will cost the Tax payer millions of pounds.

The Department for Transport announced today that two independent reviews will be launched. One will examine how the competition went wrong, and what lessons can be learned. This will be led by Sam Laidlaw, Centrica chief executive, and Ed Smith, the former PwC strategy chairman, who will produce an initial report by the end of the month.

The other review will examine the wider franchise programme. It’s due to report by the end of December and will be led by Richard Brown, Eurostar chairman.

I welcome these enquiries. They should stop these mistakes being made again.

The government has a small window of opportunity. They should change the rules to make the awarding of contracts more transparent and less dependent on who offers the most money. And they should do it before the West Coast Main Line franchise is re-run.