There have been important developments in the ongoing campaign. Lord Sharkey has tabled an amendment to the Legal Aid Bill that is currently passing through the Lords. This amendment would allow relatives to apply for a posthumous pardon on behalf of a deceased family member. It will be debated either late this evening or next Tuesday.

This actually goes much further than Alan Turing or other men convicted for their sexual orientation in the past, it would actually constitute a wholesale reform of the law as it currently stands.

There is a precedent for such actions undertaken by Parliament. In 2006 we voted to pardon all of the 395 British servicemen executed for disciplinary reasons during WWI and recognising them as victims of the conflict. Similarly, this was initially brought in as an amendment to the Armed Forces Bill. It was right to grant these men a pardon, and it is right to grant Alan Turing 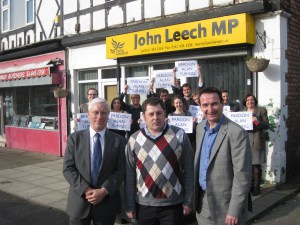 The full text of the amendment can be found on Parliaments website here; http://www.publications.parliament.uk/pa/bills/lbill/2010-2012/0129/amend/su129-iva.htm

The online e-petition calling for Turing to be pardoned is still open for signatures; you can go here if you would like to join our campaign. http://epetitions.direct.gov.uk/petitions/23526

My EDM is here