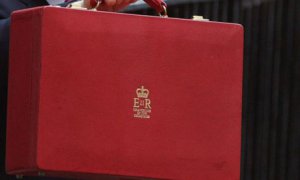 The much awaited Budget has finally arrived.

The Coalition has been left with the task of tacking the huge deficit left by Labour (which amounts to £20,400 for every woman, man and child in the country). The scale of the task is enormous.

It is no wonder that Labour ran away from dealing with the problems they left because they know just how big a mess they left behind. The Labour Treasury boss even left a note for the incoming government stating that there was 'no money left'. It feels like the Labour party are rubbing their hands at their improved electoral chances as they try and pin blame for cuts on the Coalition government.

Nobody expected the Budget to be easy, and it was never going to win any awards for popularity, given the terrible state of the country's finances.

Even in these most difficult of times we have found room for really progressive measures. The coalition have begun to implement the Liberal Democrat promise of raising the personal tax free allowance to £10,000 by increasing it by a full £1,000 to £7,475 - this has removed 880,000 people from income tax altogether and is worth £170 for 23 million basic rate taxpayers.

The Coalition have been managed to protect the lowest paid public sector workers (up to £21,000 a year) and they will receive a pay rise of upto £250.

The Coalition has restored the pensions link with earnings. In fact they have gone a step better that that. Pensions will rise by whatever is higher from the cost of living inflation, wage inflation or a 2.5% increase. Labour had thirteen years to do this - and didn't - describing it as unaffordable.

On a personal level I was also delighted that the Chancellor specifically mentioned the Metrolink extension to East Didsbury that is going ahead, despite Labour politicians starting a whispering campaign that it would be axed. (The only party to cancel the Metrolink in Manchester is Labour!)

There is also plenty of pain in the budget - a pay freeze for public sector workers for 2 years apart from the lowest paid. The Chancellor should have also said something about MPs pay - he should have said that he expected the independent body that sets our pay to reflect the Government's policy on public sector pay when deciding what happens to our pay. Given the circumstances it is simply not acceptable for us to get a pay rise over the next 2 years.

I'm very disappointed that VAT has had to be raised to 20%. This measure has been singled out for not being progressive. When it is taken together with the increase in Capital Gains Tax for higher earners to 28% and keeping the increased higher rate of tax at 50% it means that although everyone will share the burden, more of the burden is rightly on the shoulders of high earners. Higher earners should be paying more.

So what's the alternative to an increase in VAT? I listened to part of the debate and not one Labour politician put forward any alternative. I also watched Diane Abbott on This Week. She was complaining about the VAT rise, but was also arguing for a bigger proportion of the deficit reduction to be through taxation. Funnily enough she didn't come up with any ideas. Labour have nothing positive to say, and let's not forget that this deficit is years of mismanagement by Labour, it's not simply down to international factors.

So how has the budget been received? Well, I don't see many people waving flags and cheering it, but in general most people that I have spoken to have said that it is better than they expected, and that it provides a real platform to deal with the deficit left by Labour.

What has saddened me though is how quick Labour have been to attack measures to clean up their mess, including measures they would have taken themselves. Labour were quick to spend your money bailing out the banks, and are just as quick to try and offload the consequences for the resulting cuts onto anyone but themselves.