Some Thoughts on Alan Turing 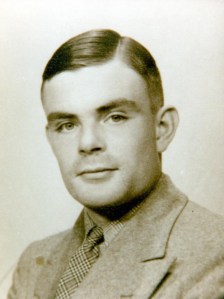 In this week running up the 100th anniversary of Alan Turing’s birth it is great to see him and his achievements getting a lot of coverage in the local and national press. I do feel, however, that while this coverage is important, true recognition of his achievements would be achieved if the Government would accept my calls to issue Alan Turing a posthumous disregarded conviction or pardon.

Here are some quotes from some people who agree with my point of view.

“We are in full support for the campaign for Alan Turing's pardon. This would send a clear and real statement of support to the lesbian, gay, bisexual and trans (LGBT) community today, that we are not mentally ill, criminal nor perverted. Alan Turing should be remembered as a genius; a mathematical, computing and engineering pioneer; and as a gay man whose life was tragically shortened by institutional homophobia. Who knows what monumental breakthroughs he could have made if he had not been persecuted? What the state can't do is turn back time and bring him back to life, but what we CAN do is to honour his life proudly, and remove the legacy of shame and criminality that has been associated with his name for too long.”

"He was punished because of his sexuality and had to make the humiliating choice between imprisonment or chemical castration. This ultimately led to him taking his own life. The fact that Alan Turing has not been officially pardoned, or had his conviction disregarded is something this country should be ashamed of. Had Turing been alive today, he would have rightly been celebrated as a hero. The least - the very least - we can do is remove the shameful shadow of institutional homophobia from his amazing legacy."

"He is a hero to this country, and his status as a hero has the power to make people see his homosexuality in a different light. How we honour the dead is as important as how we honour the living. That is why I think the petition to wipe Turing’s criminal conviction from the record is not only important but also necessary."

Yesterday I tabled an updated version of this parliamentary motion from an earlier session. The new motion is called Early Day Motion 225 Alan Turing and you can check to see which MPs have signed it here. If you are reading this and you are not a constituent of mine I would urge you to write to your MP to ask him to sign it, the more MPs show support and the more people sign the e-petition the more pressure will grow on the Government to act.

You can sign the e-petition here and join over 34,400 other people that have already signed it.