Posted by Pablo O'Hana | Updated 2009-12-03
One of the most enjoyable things about being an MP is having the chance to visit local schools and speaking to the children. I remember the first time I visited a school I spent a few minutes explaining the role of an MP, and then I took questions from a classful of 6 year olds. I said that they could ask me anything, and then the first question I got was "How much do you earn?"

I've visited a lot of schools since then, and this morning I was at Didsbury CofE to present a bike to Lydia Butt who won my 2009 Christmas Card competition. The runners-up also got a House of Commons pencil case (made from recycled tyres) and HofC coloured pencils.

At the Transport Select Committee this afternoon we were discussing the draft report on the future of aviation. The Lib Dems have been very critical of the position taken by the Labour Government in blindly supporting the third runway for Heathrow, and we have ruled out supporting further runway expansion throughout the South East. The draft report is far too supportive of a third runway and I put down a lot of amendments to change the report. Unfortunately the vast majority were rejected, and so I voted against the overall report. All the Labour members voted in favour of the expansion plans, and the Tories were all over the place. The one Tory on the committee who is completely in favour of the third runway failed to turn up, one voted with me, and one abstained. In the end I lost the vote 3 to 2.

After the private part of the meeting we had evidence from the Secretary of State, Lord Adonis. I challenged him on why the excess revenue from Northern Rail couldn't be reinvested in the North West to try and redress some of the imbalance of London and the South East having so much more investment per person than the regions. The Northern Rail franchise has overperformed, and surely the North West should see some of the benefits?

Posted by Pablo O'Hana | Updated 2009-12-01
I attended a meeting this evening with Greater Manchester ITA and other Greater Manchester MPs to get an update on when we will see "new" rolling stock in Greater Manchester. I say "new", but in fact it won't be new at all - we'll be receiving refurbished rolling stock from Thameslink. Northern Rail should have been receiving 182 extra carriages, but this figure has gone down, and the decision to electrify the Manchester to Liverpool line means that the demand for more diesel carriages is much-reduced. Nevertheless we are now likely to only see between 80-100 carriages in phase 1, with no guarantee of any more, and even these carriages are dependent on there being no delays with the cascading of carriages from Thameslink.

There has been enormous growth in rail travel in Greater Manchester over the last 10 years, and in fact the highest growth has been on the Styal line through the constituency with 94% growth between 1998-2008, with a whopping 258% growth at Mauldeth Rd station.

Posted by Pablo O'Hana | Updated 2009-12-01
This morning I played for the Parliamentary Football Team. This was probably the best turn-out of MPs during my time in Parliament playing for the team. I started on the bench and we were three down in the first 15 minutes, before I'd even had the chance to get on. 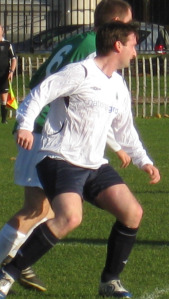 Posted by Pablo O'Hana | Updated 2009-12-01
Back in July Ed Balls had visited Manchester and he was interviewed by Imagine FM. During the interview he said that he would love to visit Ewing School.

Several weeks later he was apparently too busy to visit the school, so yesterday I asked the Secretary of State, at Children Schools and Families questions,  why he had gone back on his word. He seemed a bit rattled by the question, and once again he said that he would visit the school. I've  written to him to make sure that he doesn't go back on his word this time, and so has Diane, the Chair of the campaign group PACE.

Today is World AIDS Day- the annual day dedicated to raising awareness of HIV worldwide. People often think of HIV/AIDS as only affecting people in the developing world, but we mustn't forget that there are now more than 85,000 people with HIV in the UK - with 7,300 newly diagnosed cases last year.

I've supported a motion in parliament - Early Day Motion 47 - which recognises the importance of World AIDS Day. But clearly we need to continue our efforts to tackle the problem both at home and abroad and appropriate funding needs to be found for organisations like the National AIDS Trust (NAT) who work in this field. You can find out more about NAT here. 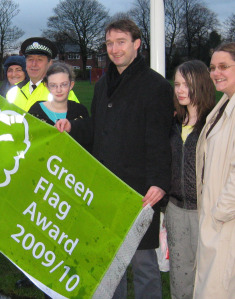 After attending the vigil at Southern Cemetery I went to Withington to help hoist the recently awarded Green Flag. Congratulations should go to everyone involved in achieving the award.

What I wasn't expecting was to have to climb part way up the flag pole to retrieve the cord that the flag has to be attached to! I had heard the story of the stolen green flag at Manley Park from Alex the Park Warden. I only had to climb up about 5 feet, (with a bit of help from Alex and Lib Dem councillor Norman Lewis) but I would not have fancied my chances of getting up to the top! 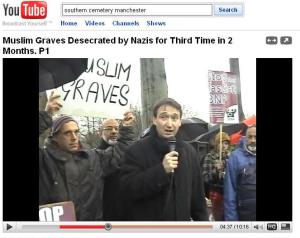 Posted by Pablo O'Hana | Updated 2009-11-27
Wealthy countries and corporations have become rich through a model of industrialisation that has pushed the planet to the brink of catastrophic climate change. But it's poorer communities, those least responsible for climate change, who are already facing its worst impacts.

300,000 deaths are caused by climate change every year and we now owe a massive climate debt to the world's poorest people.  That's why this evening I agreed to meet with members of the World Development Movement and the Jubilee Debt Campaign to sign the petition calling on Gordon Brown to take action on climate debt.

Posted by Pablo O'Hana | Updated 2009-11-27
This morning I was delighted to be invited back to my old school, Manchester Grammar School, to speak to the High Master (or Headteacher everywhere else!) and to be shown around the new developments that have taken place over the last few years. Some things are still the same, even after 20 years. I was being shown round by the Head boy and Deputy Head boy, and we bumped into my old Physics teacher Mr Hand. He single-handedly succeeded in getting me an "A" in 'O' Level Physics, and to this day I still don't know how he did it! But a lot has also changed, including a new junior school for year 5 and 6.

From Manchester Grammar I went to join parents and carers of Ewing in their protest against the Labour Council's plans to close Ewing School. The Council is now going through the statutory closure process, after the Labour Councillors ignored the objections and petition against the closure.

The Lib Dems in Manchester have already committed to reversing the decision if we take control of the Council at the local elections in May next year, but there is still the chance for the Council to reverse its decision and keep the school open.