MP's aren't scaremongering over Disability Tests and ATOS, they are representing their constituents. 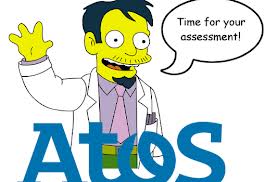 There is much coverage this morning about the Audit Select Committee's criticism over disability benefits tests. Unusually, Government ministers have been robust in their defence of the system, and ATOS, the company  who carry out the assessments. They have accused the MP's of scaremongering.

This is simply not true. MP's on the committee are reflecting the concerns I and other have about the rules and recent amendments made to the Employment and Support Allowance (ESA).

The assessment system is flawed and I have serious concerns about the ability of ATOS to carry out these assessments properly. But this is not something new. ATOS were taken on by the previous Labour Government and I have dealt with very many cases under both Governments where constituents were wrongly assessed as fit for work.

I have raised my concerns by signing EDM 295,  and have spoken out and criticized the amendments made to the rules in Parliament, including in a general debate earlier this month. I also asked why many of the 40% who have their assessment overturned on appeal, are being recalled and reassessed by ATOS.

Ministers should not be attacking MP's for doing their job. They should be dealing with their legitimate concerns.