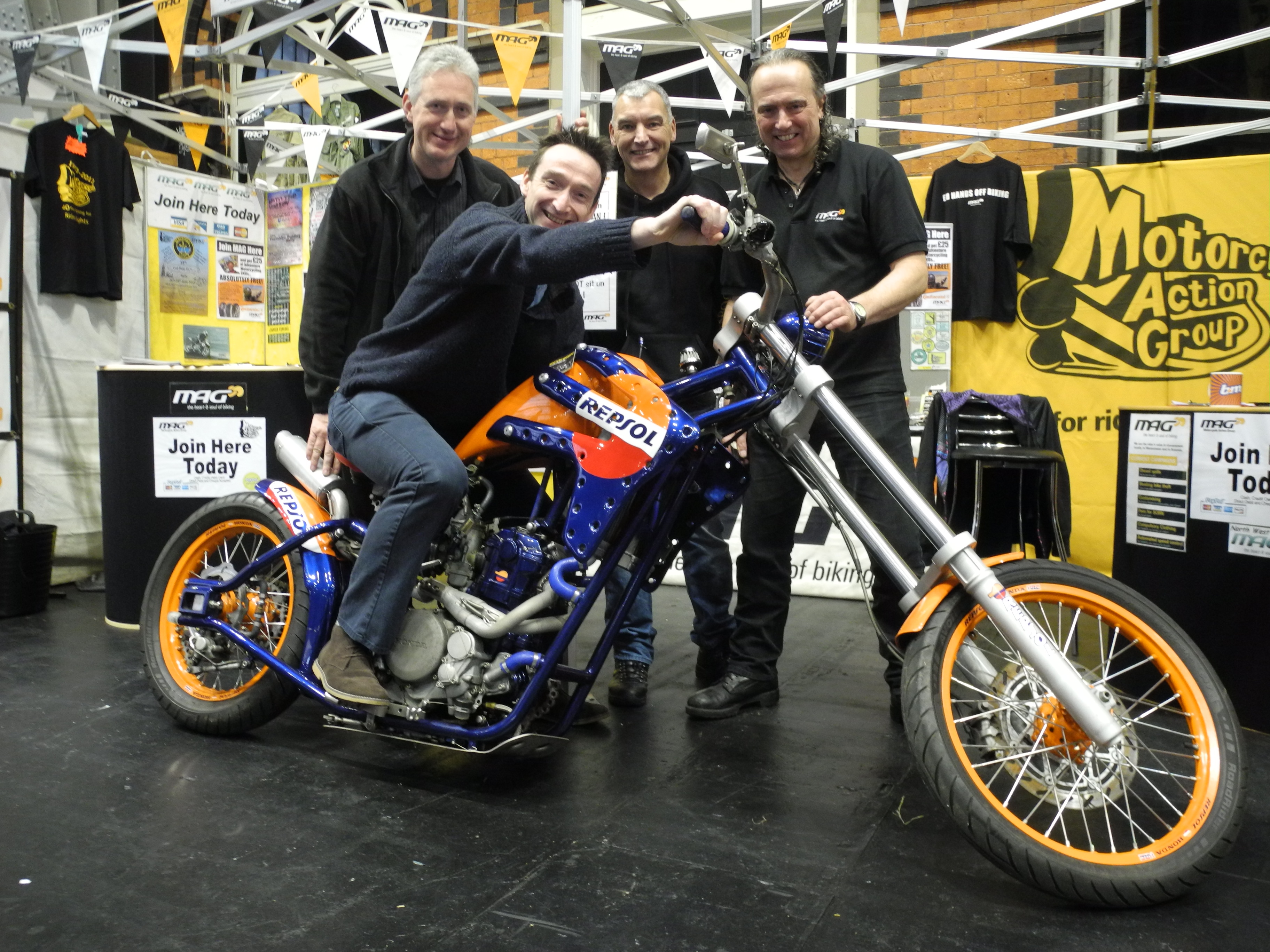 Manchester motorcyclists have applauded the work of local MP John Leech for his consistent and energetic efforts to stand up for their rights as road users in Greater Manchester.  Mr Leech, MP for Manchester Withington and a member of the Motorcycle Action Group (MAG), attended the Manchester Ultimate Custom Show in Central Manchester to meet with key representatives of MAG.  He has raised a number of issues on behalf of motorcyclists.  These include concerns about the use of dangerous road dividers – called armadillos – which present a hazard to all road users, especially those on two wheels.

Mr Leech also held a meeting with veteran motorcycle campaigner – and constituent – James Torrance, to understand the issues facing riders in the area

MAG’s regional representative, Tony Cox, has praised Mr Leech’s efforts: ‘John Leech is part of that rare breed of politicians who are genuinely dedicating to doing the right thing and standing up for the rights of people who might otherwise suffer discriminatory treatment at the hands of the authorities.  Bikers are certainly in that category.  John’s strength of character and personal resolve mean that bikers in his constituency - and across Manchester as a whole - have a powerful voice in Parliament.  We’re very pleased to have developed a close working relationship with him.  The city is lucky to have such a man as their spokesman in Westminster.  And MAG is fortunate to be working with such a champion for riders’ rights.’

Mr Leech is keen to represent the interests of riders in the area. ‘MAG does a great job of presenting the concerns and interests of motorcyclists and scooter riders in a way that makes compelling sense.  They’re right when they say that powered two wheelers are part of the solution to the economic, ecological and traffic problems here in Manchester and the North West.  Schemes like the poorly thought out ‘armadillo’ separators only serve to make the roads more dangerous for everyone, including cyclists.  I’m keen to do my level best to get some common sense into highways policy.  Working with MAG, I’m confident we can make a real difference to riders in Manchester, and that’s good for everyone who uses our roads.’

Mr Leech has submitted a number of Parliamentary questions to establish how much research has actually been done into a number of road safety schemes.  He meets with MAG regularly and welcomes riders to attend his constituency surgeries at any time.