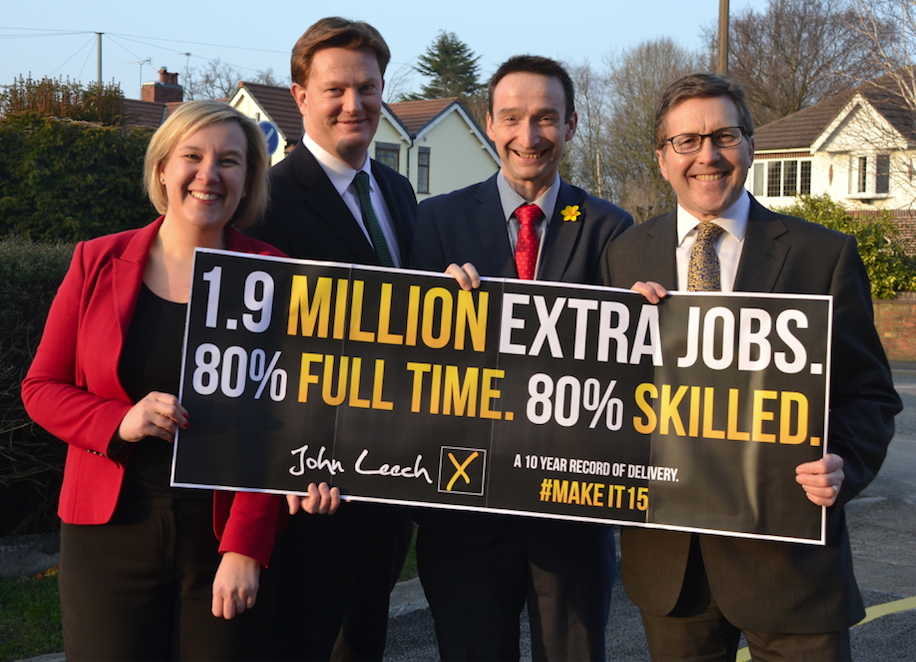 South Manchester MP John Leech has welcomed  a 20% boost to wages for those on apprenticeships, almost 8 times the figure recommended by the Low Pay Commission.

The minimum wage is also going up by 3%. 11.900 Manchester workers, 3.9% of those working in the city, will benefit from the rise, which is the largest real-terms increase in the National Minimum Wage since 2008. Nationally, over 1.4 million UK workers are set to benefit.

John Leech MP said today, “By raising the tax threshold, the Lib Dems have cut tax for the lowest paid by £800, and an above inflation increase in Minimum Wage is another step in the right direction.”

John added, “I am pleased that Manchester has fewer people on the minimum wage that the 6.1% average for the North West, am glad these workers are getting an inflation busting rise.”

Deputy Prime Minister and Lib Dem leader Nick Clegg has also announced the National Minimum Wage for apprentices will increase by 57p an hour to £3.30.

He said: “This is just one of the many ways in which we have created a fairer society while building a stronger economy. If you are on low pay, or starting your dream career through an apprenticeship, you will get more support to help you go further and faster."