Green jobs- vital for the recovery 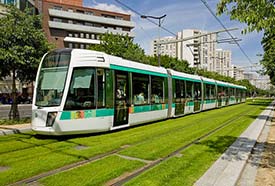 In the third and final round of the leaders’ debates last night, Nick Clegg talked about how the Liberal Democrats would drive the recovery by creating sustainable economic growth.

Creating ‘green jobs’ and giving growth in the regions equal emphasis to the performance of the City of London is essential for a sure-footed recovery.

‘Green jobs’ refers to the creation of jobs in areas such as recycling enterprises, manufacturing of wind turbines or construction of environmentally friendly transport infrastructure. Manchester’s Metrolink extensions are an example of ‘green’ investment projects.

The UK has been placed 33rd in the world for infrastructure according to the Global Competitiveness Report produced by the World Economic Forum and the Confederation of British Industry has found that 70% of senior business figures consider the UK’s infrastructure to be poor; 85% consider this to have an impact on investment decisions.

We need action now to deliver increased infrastructure for the UK and a speedy transition to a low carbon economy. The demand for funding to improve and develop infrastructure will be enormous over the next decade- estimated to be in the region of £500 billion. In the aftermath of the credit crunch, Labour's PFI model looks increasingly unattractive and simply unworkable.

We could see disused shipyards around the country producing things such as wind turbines, potentially creating tens of thousands of jobs. The closure of the Vestas wind turbine factory on the Isle of Wight means there are now no wind turbines being produced in Britain. This is something that can be reversed to create jobs and contribute to increasing the proportion of renewable energy that we use. 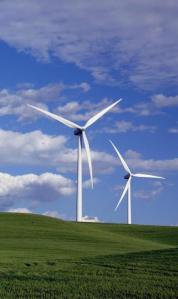