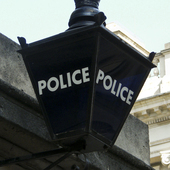 Adding on average £50 to each insurance policy,  car insurance fraud has been a major issue to people in the UK for some time.

As a result this has become increasingly important issue for the people of the UK and more importantly Manchester Withington, who suffer from being in high cost insurance postcode areas . Earlier this year as a result of fraudulent claims raising the Government started up the Insurance Fraud Enforcement Department (IFED), a department which is tasked solely with tackling the issue which costs the UK government an expected £3 billion a year.

IFED, which is based in London, is tasked with the following:


Amongst other things whilst working with and being supported by the Association of British Insurers (ABI).

The Transport Select Committee visited the IFED last week as a follow up to our enquiry into cost of motor insurance. IFED don’t simply tackle motor insurance fraud, but it is a major part of their work. There have already been a number of successes:

Again I want to express my support to all those working for IFED, the work they do is integral to bringing down insurance costs to people around the UK.