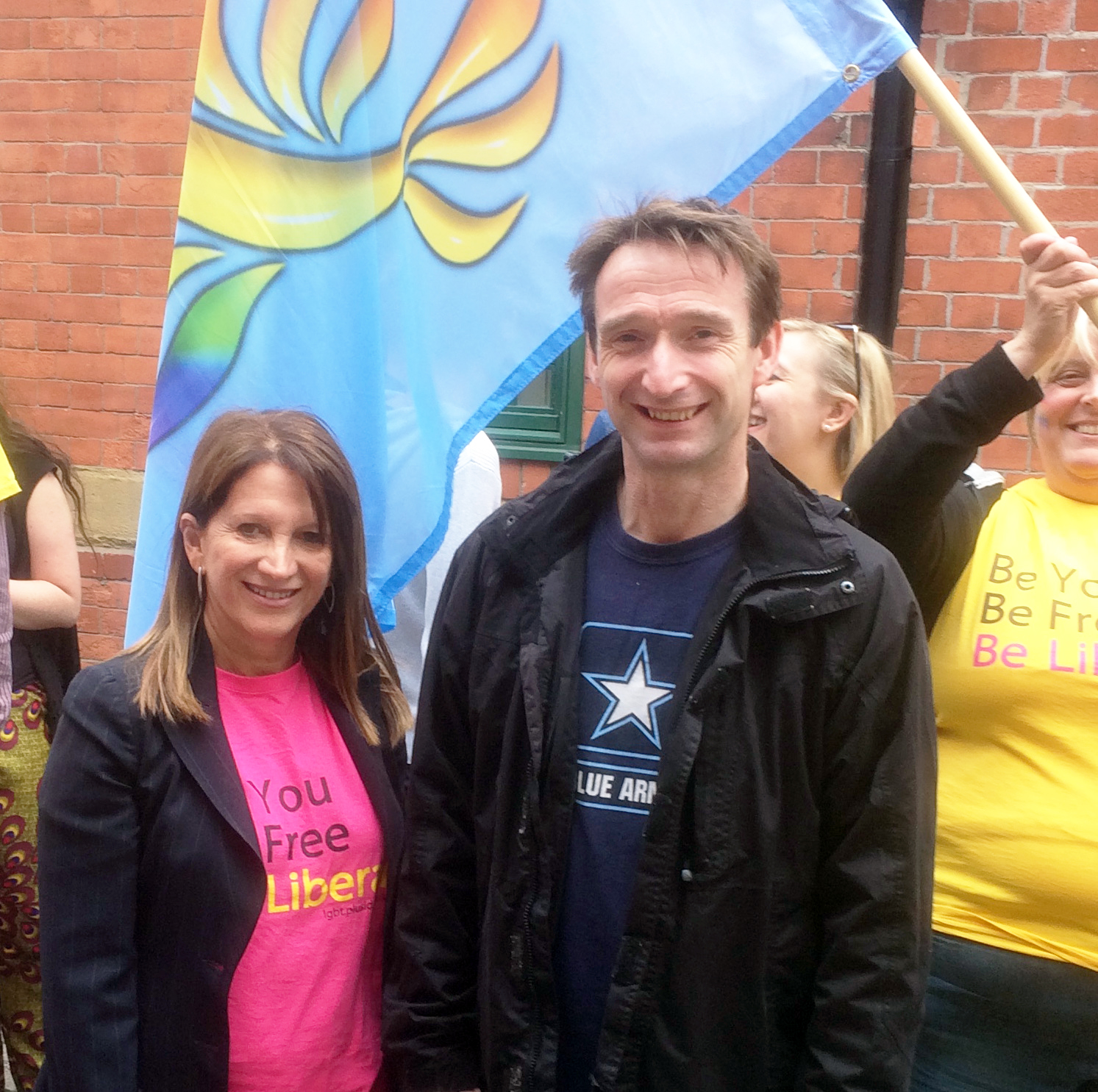 Former Manchester Withington MP John Leech was joined by Lynne Featherstone, the originator and architect of same-sex marriage. Together they marched through the city this weekend, joining the world-famous Pride celebrations, leading the Liberal Democrats.

29 March 2014 was the day that same-sex marriage became legal in England, with Scotland following on 16th December 2014. Lynne Featherstone worked tirelessly with activists, lawyers, campaigners and civil servants to achieve a historic change in the law that would be of eternal importance to the gay community. This weekend she continued to celebrate this victory alongside fellow LGBTQ+ campaigner, John Leech.

Cllr. John Leech said: "I have attended Manchester Pride for years now and it's a tradition I'm really proud to uphold.

My party and I are proud to truly champion and deliver on LGBTQ+ rights.

Campaigning for, and helping Lynne Featherstone and the Liberal Democrats deliver same-sex marriage was a great, proud and historic step forward for this country.

Weekends like this are a real celebration of freedom, liberty and equality, it was a fantastic event. Well done to everyone involved, and all those who helped organise and run the wonderful celebrations."

John Leech has a long history of campaigning for LGBTQ+ rights. In 2013, he led the relentless and long-fought campaign to pardon WWII scientist, Alan Turing, who was criminally convicted of homosexuality, later committing suicide.

At the UK premiere of the film based on Turing's life, The Imitation Game, the producers publicly thanked John for his campaign which brought the injustice to public attention, and for successfully securing Turing's pardon.

Cllr. John Leech said it was, 'utterly disgusting and ultimately just embarrassing' that the conviction was upheld as long as it was.

Whilst MP for Manchester Withington, Mr Leech spoke out passionately in Parliament about the need for same-sex marriage, and for homophobia to be stamped out.

When asked if he stood by his heavily critical letter, in which the constituent claimed he would never for vote for Mr. Leech, he said, "Absolutely! If I have to sacrifice a couple of votes in order to call someone out on their offensive behaviour then I'm fine with that".

Mr Leech's current campaign is to pardon the 75,000+ other men also criminally convicted of homosexuality.