Over Christmas I received an email from Manchester PCT (or NHS Manchester as they now call themselves) confirming the closure of the Burnage Walk-in Centre. In it Laura Roberts the Chief Executive tries to claim that "we are managing this change process sensitively" - I would be more inclined to describe it as "secretively", given that they didn't consult anyone!

When I had a meeting with Laura Roberts to discuss the proposed closure (along with Lib Dem Councillors John Cameron and Rod Isherwood) we requested information on the cost of running the walk-in centre.  The information was quite revealing. It apparently costs £5000 to run the Burnage walk-in centre for 100 patients each week. This compares to £38000 to run the Withington walk-in centre for 350 patients each week. More than 7 times the cost for 3.5 times the patients, or about twice as expensive! Given the size of the PCT budget, the £60K they expect to save from closing down the walk-in centre is loose change, and it makes no sense whatsoever. So why are they closing a frontline service that doesn't cost much to run? I'm not sure, but I'm determined to find out.

End of the "Noughties"

Posted by Pablo O'Hana | Updated 2009-12-31
It doesn't seem like 10 years have passed since the Millenium, but today marks the end of what has been dubbed the "Noughties". Looking back over the last decade I have to say that on New Year's Eve in 1999 I would not have been expecting to end the decade as the Member of Parliament for Manchester Withington, and going into the next election with the bookies tipping us to hold the seat with a bigger majority.

Back in 1999 I had only been a Councillor for a year and a half, we had just won the third seat in my old Council ward of Barlow Moor, retaken the third seat in Withington with Brendan Jones and made a breakthrough in Didsbury ward with David Sandiford returning to the Council after a 4 year absence.

So what changed so much in 10 years? I think there were 3 big events that changed the political landscape in the Constituency. First of all in 2001 we overtook the Conservatives in the General Election and established once and for all the 2 party fight in the Constituency. Then in 2003 Tony Blair took us into an illegal war in Iraq, which alienated a lot of former Labour voters who vowed never to vote Labour again. And then finally we had all-out elections in 2004 where we made several gains in the Constituency, leaving us with 16 out of 21 Councillors across South Manchester, and Labour in disarray.

What to do with all that fir! 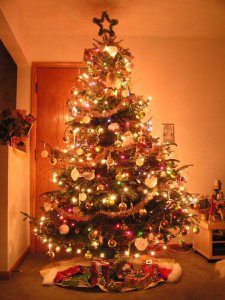 For those of you who were lucky enough to have a real fir tree this Christmas you may now be wondering as to the best way to recycle it.

There are various schemes for recycling Christmas Trees in Manchester including those run by the Mersey Valley Wardens at Chorlton Park, the Hulme Community Garden and collection points in some Parks including Fog Lane Park.

You can also take it to your nearest Household Waste Recycling Centre.
For more information contact the Council on 0161 954 9000.

Just make sure you take your baubles off first!

Posted by Pablo O'Hana | Updated 2009-12-27
After a couple of days off I'm back in the office catching up with some work this afternoon. It's a good opportunity to catch up with correspondence between Christmas and New Year, while most people are still in the festive spirit.

Posted by Pablo O'Hana | Updated 2009-12-26
For several years Boxing Day has always been the day that I do as little as possible, usually eating too much and watching too much TV. Today has been no exception.

This afternoon I headed off to Eastlands with some trepidation (and care, since the roads and pavements remain pretty treacherous in parts) for Mancini's first game in charge of City. On paper this should have been an easy win for City, but it was set up perfectly for a disastrous start.

No doubt all the papers will be very disappointed that City ended up worthy winners 2-0. No doubt the speculation will surround the decision to leave Craig Bellamy on the bench and to start with Robinho, who had little impact for 70 minutes before being replaced by Bellamy. Hopefully Mancini was saving Bellamy for the away game on Monday night against Wolves, where Robinho will be a luxury we can't afford.

Posted by Pablo O'Hana | Updated 2009-12-25
It was very strange having my first Christmas Day without my Dad being around. As usual I went to church in the morning and then to my sister's house for lunch, but it really felt like something was missing.

Late on in the afternoon I went to Catherine's Mums for tea, following by the compulsory viewing of Doctor Who and the Strictly Come Dancing Christmas Special!

Posted by Pablo O'Hana | Updated 2009-12-24
I've spent the last couple of mornings sliding along numerous roads and pavements in Chorlton, Chorlton Park, West Didsbury, Old and Withington, delivering the last of the Christmas cards across the Constituency.

To say that the weather hasn't been kind is the understatement of the century, but once again the Council has failed to be properly prepared for the bad weather. There has been very little gritting of the roads, and what there has been has been woefully inadequate.

Posted by Pablo O'Hana | Updated 2009-12-22
This morning I was up early to help Burnage Councillors John Cameron and Iain Donaldson to deliver some Christmas cards with some help from West Didsbury Councillor Lianne Williams and Norman Lewis from Chorlton Park. It's amazing how quickly you can cover a big areas with a team of people helping, but the bad weather really slowed up down. Some of the minor roads are still incredibly slippy in places, and I nearly landed on my backside a number of times!

Meg Hillier encourages me to apply for an ID card!

This morning I received a letter from Meg Hillier, the Minister for ID cards, encouraging me to apply for an ID card. Thanks, but no thanks!

I seem to remember being accused by Labour of being soft on terrorism because I was against ID cards (even though the Madrid bombers all had an ID card, and that didn't stop them carrying out those attrocities), but the recent letter makes no mention of combatting terrorism. Funny that!

Apparantly ID cards will now help protect the public from identity fraud and theft, and act as a proof of ID, (albeit an expensive one!) I don't believe a word of it, and I suspect that Meg Hillier doesn't either. When I asked a parliamentary question (above) on how many people had applied for an ID card in Greater Manchester the answer was 749 (out of a possible 1.7 million), so it looks as though most people in Greater Manchester think that they are a waste of time too. It will be interesting to see the answer to my next question on the cost of the ID card scheme so far, to work out how much each of these 749 ID cards will cost!

Posted by Pablo O'Hana | Updated 2009-12-20
It felt like I spent the whole of today in Church! After delivering Christmas cards first thing in the morning with Victor Chamberlain, Paul Ankers, Norman Lewis,Catherine and Andy I went to Manchester Road for the morning service. At 4pm it was back to Manchester Road for the Carol Service, and then straight to Christchurch on Parrswood Road for their Community Carol Service for a further 15 carols in one service!
It's great to see churches full at Christmas, particularly with people from the community organisations that use the buildings throughout the year.