Vince suggests breaking up the Banks to stop Bumper Bonuses

Posted by Pablo O'Hana | Updated 2010-01-12
Vince Cable (Liberal Democrat Shadow Chancellor) commented on today's evidence given to the Treasury Select Committee by the Chief Executives of RBS and Lloyds:
“Bankers tell us that their bonuses are a reward for their skills and ingenuity.
At the moment, this seems to involve borrowing taxpayers’ money at half a percent from the Bank of England and then lending it back to us at eight, 10 or even 20 percent.

It’s hard to find the skill in that and even harder to see how bankers feel that they have a right to collect bonuses for it.

This is yet more proof that Labour’s badly designed bonus tax is having no effect on bonus payouts.
The best way to deal with bonuses and achieve a fair deal for the taxpayer, who guarantee these institutions, is to split the banks up. Before this is done an additional 10% levy on their profits should be introduced.

This is a much more effective solution than a one-off windfall tax and recognises the debt that the banks owe to the taxpayer.”

Posted by Pablo O'Hana | Updated 2010-01-07
This morning I had a further meeting with Laura Roberts, the Chief Executive of NHS Manchester. Once again I voiced my opposition to the decision to close the Burnage Walk-in centre, as well as raising questions about how the NHS in Manchester was coping during the bad weather.

Posted by Pablo O'Hana | Updated 2010-01-06
I was amazed to hear today that former cabinet ministers Geoff Hoon and Patricia Hewitt have written to Labour MPs calling for a secret ballot of Labour MPs to back or sack Brown. I wouldn't have thought this is the cleverest thing to do, so close to the General Election. Surely if Labour MPs wanted to ditch Brown it should have happened at least 12 months before a planned election? This just reopens old wounds and makes Labour look divided in the run up to the election.

The return of the snow!

Overnight we had a real downpour of snow and the bad weather has continued all day. Public transport has been very badly affected and there have been a number of serious accidents on the roads.

A number of constituents have raised concerns about the way the gritting of the roads had been managed during the previous bad weather and it is fair to say that some roads that should have been gritted showed no signs of being done at all. Stocks of grit are low, and there are real concerns about how we will cope over the next few days. I heard on the radio this morning that one area of Scotland was importing grit from South Africa!

The real question is why are we not better prepared for this weather? Is it really that difficult to build up stocks of grit so that we don't run out when there is worse than expected weather? I don't think that anyone expects all the roads to remain completely clear, but we must do better. It looks like nothing has been learnt from  the weather in London last winter that brought the capital to an almost total standstill.

Apparently only 8 people managed to make it into work where my girlfriend works. Most of the staff in my office managed to get in, even Mike, who lives in St Helens! It's been fairly quiet, but we're open!

The snow has also taken its toll on the semi-finals of the football - the Blackburn vs Aston Villa game is off tonight, and the derby has also been postponed for tomorrow, which I'm gutted about!

This morning I attending CYPOS (Children and Young People Scrutiny Committee) to listen to the discussion about the proposed closure of Ewing School. The Lib Dems had "called in" the decision made by Labour Executive Members because we were very unhappy about the consultation for the closure, and the failure of the Council to take into consideration the concerns raised by the Health Service.

I was amazed how little Labour Councillors knew about Ewing School, and one by one they tried to claim that closure of Ewing was the only way to ensure inclusion. They seem to have conveniently forgotten that Ewing has won awards for inclusion and that 38% of the children that go to Ewing have already been failed by mainstream. The Council officers couldn't even answer the question when they were asked how many Ewing pupils had been in mainstream schools and had to leave and come to Ewing, so how can they possibly know that the new provision will be adequate for their education needs?

All bar one of the co-opted members of the committee abstained on the vote for closure. The only person who did not was Julie Reed, who claimed to represent Manchester parents on the committee. She defended the decision of the Labour Councillors and even shook her head when Cllr Marc Ramsbottom described Ewing as an excellent school, even though this is the view of Ofsted.

All the way through the meeting the Labour Chair of the Committee, Cllr Alistair Cox, tried to stifle debate, and he even tried to stop East Didsbury Lib Dem Councillor David Sandiford from moving an amendment, and he had to be reminded by the Committee clerk that he was not allowed to do this.

The whole debate was a sham, with Labour councillors towing the party line, and ignoring the concerns of parents, teachers and Governors.  Every single Labour Councillor voted to close the school. This is the scrutiny system at its worst.

Time for the Political Silly Season

Posted by Pablo O'Hana | Updated 2010-01-04
Over the last few days both David Cameron and Gordon Brown have been talking about how close they are to the Lib Dems. It's a deliberate attempt at squeezing the Lib Dem vote, and it's totally bogus. It's a bit like Manchester Withington Labour Party telling people that the Lib Dems can't win here, when there is a Lib Dem MP!

So let's look at a bit closer at these Tory and Labour claims:

On tax the Tories  want cuts to Inheritance Tax that will only help the richest 1 of people. The Lib Dems want to increase the tax threshold to £10000, taking the poorest tax payers out of  paying tax altogether, while closing tax loopholes so that millionaires pay what they should be paying.

So what about Labour? The most illiberal Government in recent times - 90 day detention without trial, ID cards, the illegal war in Iraq and extraordinary rendition. Add to that student tuition fees, closing thousands of post offices, scrapping the 10p tax rate, proposing a replacement for Trident and more nuclear power stations, plus as many new runways as Airports want to build.

Thank fully we're very different from both Labour and the Tories.

Maybe the FA Cup isn't dead after all?

Posted by Pablo O'Hana | Updated 2010-01-03
I think I spoke too soon yesterday. After watching Leeds beat United this afternoon perhaps the romance of the Cup is still alive and kicking after all. A full house (around 75000), a great atmosphere, a very under-par United, and the shock of the third round, all captured on terrestrial TV.

Posted by Pablo O'Hana | Updated 2010-01-02
I remember going to 3rd round FA Cup games years ago when there would always be bigger crowds than for league games. There was a real magic about the cup, and people were always keen to go. Unfortunately these days the FA Cup is taken no more seriously by some teams than the League Cup, and the fans have given the games the cold-shoulder as a result.

Today is no exception. City were playing Middlesbrough at the Riverside. This was a banana-skin waiting to happen, but only 12000 fans turned to watch, with about 4000 making the trip from Manchester. At Premier League Wigan only 5000 turned up! I do wonder if City (who won 1-0 pretty comfortably) would have survived this game, had it been a sell-out with an intimidating atmosphere.

Unfortunately this is a sign of the times, where League status is the be all and end all. Top teams are only interested in getting into (or staying in) the Champions League, and the rest either want to retain their Premier League status, or are aiming to get there, to reach the "promised land". 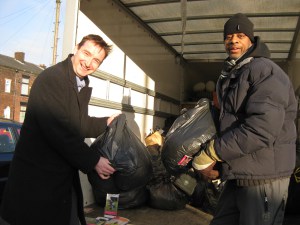 This afternoon I was due to watch FC United at Gigg Lane (home of Bury FC) after donating some winter clothes as part of the "Big Coat Day", run by the BOAZ Trust and the Salvation Army. Unfortunately the game fell victim to the weather, but I still went along and donated a bin bag full of old winter clothes. FC United plan to continue the collection at their next home game on 16th January. 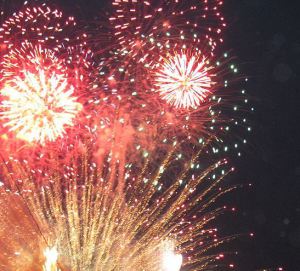 Last post of 2009 and I just wanted to wish everyone a Happy New Year.

My election hopes for 2010 are  to see 7 Lib Dem councillors elected in Manchester Withington Constituency for the first time, including the excellent and hard-working Victor Chamberlain in Chorlton and Rob Mackle in Old Moat. To see Cllr Norman Lewis re-elected in Chorlton Park with the biggest ever Lib Dem vote in the ward and to see Bill Fisher and Andy Taylor continue the good work carried out by Rod Isherwood in Burnage and Tony Parkinson in Didsbury East. To see the Lib Dems make gains across Manchester and to be re-elected as MP for Manchester Withington, and to be part of a larger Liberal Democrat Parliamentary Party.

It would also be great to see Man City win the League Cup for the first time since 1976 (when I was too young to remember it), and to finish in the top 4 of the Premier League, preferably above United!